Slavery in the Factory - The Lowell Experiment

Slavery in the Factory- Part 2

According to Arthur L. Eno, Jr. (Cotton Was King) ”In man’s four million year career he has revolutionized his economy only twice.  The first time was about seven thousand years ago when man learned to domesticate wild cereal grasses.  He went from being a hunter to a farmer…..In the mid-eighteenth century the second economic revolution introduced factory production of textile goods on a large scale using machines powered by energy derived from water-wheels.” 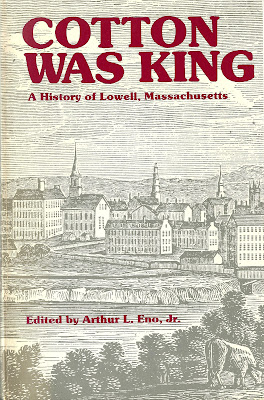 It was the production of textiles that began the industrial revolution.  In the past, textiles for family use were made in the home.  With the exception of royal workshops which produced a very small quantity of textiles for the royal entourages, or government controlled guilds producing a very narrow range of specific textiles, clothing and household linens were made by family members, often after their work in the fields was completed for the day.  Gradually, small mills began processing textile fibers, but each mill was specialized, that is, providing only one step in the process.  At this time there were other mills, of course: grist mills, saw mills, even gunpowder mills.    For power, the mills used water, which fell onto a waterwheel.

Europe was already into their industrial revolution and sending their exports around the globe when American industrialists began following their lead by firstly manufacturing the machinery necessary to produce large quantity of goods.

The story of the Lowell Offering is the tale of astute, resourceful business entrepreneurs seeking high return for their investments.  Francis Cabot Lowell was an international trader who was much impressed with the European textile industry.  Gathering other investors he established textile industry in New England and set a precedence for industrialization throughout the country.  He established  a factory system that produced the entire finished product within one mill.  This required large capitalization, expert  management of both resources and labor, producing cheap goods in quantity. 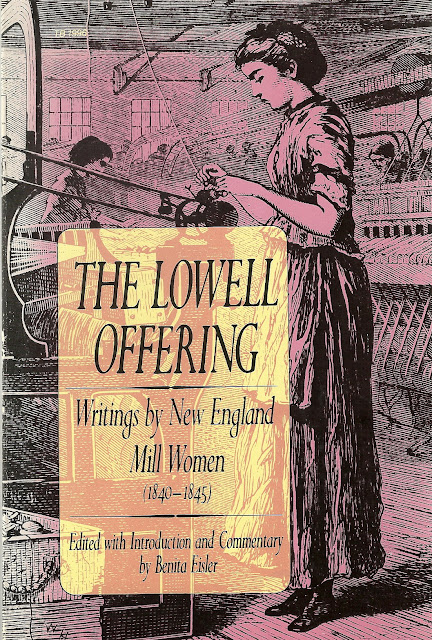 Other manufacturers relied on male laborers, some skilled, some not.  The Lowell Experiment hired young, farm girls from New England.  To assure the families of the safety of their daughters, boarding houses were built and run by older women, while some girls lived in the city with relatives.  The wages for these “mill girls” were paid in cash, monthly, and they were encouraged to open savings accounts in banks.  In other systems, wages were credits at the “company store” and often the laborers became indebted to the company to the extent that were not able to leave their employment.

Although the “mill girls” were undoubtedly better off financially than if they had remained on the farm, there were also disadvantages.  They were required to remain for at least one year and their lives were strictly regulated, working long hours.  Often the boardinghouses were overcrowded.  The working conditions in the factory led to health issues: lung disease and typhus. 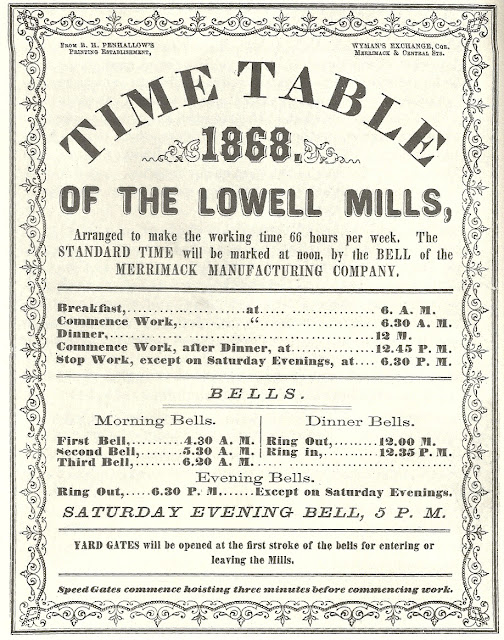 Lowell - The Story of an Industrial City
Produced by the Division of Publications, National Park Service,
U.S. Department of the Interior, Washington, D.C., 1992

The early years of the 20th century saw  production in the Lowell mills falling.  Aging machinery was not upgraded.  The Yankee “mill girls” were replaced by immigrant labor.  The years following WW1 saw a decline and hours of production and salaries were reduced.  To make the situation worse, there came the depression..  There was a short reprieve during the Second World War, but textile manufacturing would go the way of much manufacturing in the US, elsewhere.
Posted by Margy Norrish at 2:59 PM No comments:

Salvery in the Factory 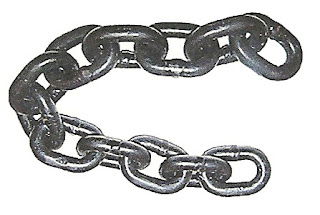 August 23rd is International Slavery Remembrance Day.  Too often we think of the institution of slavery as something in the past.  Indeed, the history of slavery is as old as the history of mankind.  There always existed the more powerful, the more influential, the richer…and the poorest, the more ignorant, the more vulnerable.

The ancient Romans had slaves, the Egyptian slaves built the pyramids and the Great Wall of China was constructed by more than 3 million slaves.

We are familiar with the African-American Slave trade that involved not only the Americas and Africa but relied upon European countries to provide the slave transports.

Sadly, slavery is not the past.  According to an article in the Washington Post, Oct. 17, 2013, it was estimated by the Walk-Free Foundation that more than 29 million people throughout the world were living as slaves (nearly 60,000 in the US). In 1981 Mauritania was the last country to officially abolish slavery.  Still, that country has one of the highest percentages of the population (nearly 4%) enslaved.

The word “slave” was first applied to captives of Slavic origin in southeastern Europe and is defined as a human being who is owned by and absolutely subject to another human being, as by capture, purchase or birth.  There are many types of slavery, from children and young women sold in the sex trade to workers harvesting coffee beans and cacoa, miners in gold mines and factory workers working under appalling conditions.

Over the next few months I will introduce thoughts (and facts) about slavery in the field of textiles and textile production.


Posted by Margy Norrish at 1:17 PM No comments:

I have been looking through a small box of fabric scraps, intending to use some for a project I am designing.  These are no ordinary scraps.  I had been collecting these tiny treasures for years when I visited San Francisco and a fabulous fabric emporium on a small side street near Union Square.  Of course they carried a very wide range of fabrics for every sewing need, but I was interested in their collection of extravagant, luxury fabrics, many of which were imported.  I did not need, nor could I afford, to buy yardage, but I would spend much time sorting through containers of very small scraps.  For a few dollars, I could purchase bits and pieces of heavily embroidered, jewel encrusted silks and velvets, whispery tulles and beautiful laces.

On one visit as I was entranced by rolls of these fabrics, afraid to even touch them, an assistant  approached , possibly thinking I had a credit card limit in the astronomical range.  She told me of her last customer who had purchased rolls of these fabrics for use by the costume department of the San Francisco Opera.  Of course, this was the perfect use for these magical textiles. 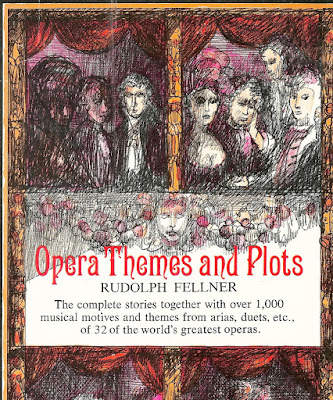 As I thought about that visit and the sales attendant’s story about the opera, I remembered an article I have saved from Threads Magazine, Oct/Nov 2011 entitled “Behind the Scenes at the Metropolitan Opera.  Written by Kenneth D. King, it was the behind-the scenes world of the costume and design department with a staff of 100. When one thinks of the operatic experience it is the combination of magnificent music, superb vocalists and theater.  It is a performance which tells a story. The magic is enhanced by the spectacular scenery and costumes.  Whether the performance is traditional or a modern adaptation, the performers must evoke their characters and this is achieved visually (through costumes and scenery) as well as vocally.

The design staff of any costume department has many highly skilled artisans.  The workshops are filled with tailors and seamstresses, drafts-men and. pattern-makers with years of experience.  While the drapers and cutters calculate the fabrics required, it is the shoppers that tour the world searching for not only the required fabrics for a specific performance, but also for inspirations, which might appear in later creations.  This would be my dream job, traveling and sourcing trims and fabrics.

This is not to be, I fear.  I must remain content to dress myself for a night at the opera.
Posted by Margy Norrish at 1:10 PM No comments:

If You Want to be Beautiful, You Must Suffer –French saying

For centuries every culture supported customs that were considered indicative of social status, power and/or physical beauty.  Many of these customs were achieved with a certain amount of discomfort , many with considerable pain. Scarification (small, superficial incisions creating patterns of scars on the skin), tattoos, piercings and the use of toxic cosmetics are commonly noted.

One of the most excessive of these practices was the breaking and binding of the feet of young girls in China.  Foot- binding began as early as 900, remaining the custom of royalty and rich nobility until the end of the 17thC.  From that time until the practice was officially banned by the 1911 revolutionary government, millions of young girls from every socioeconomic background were subjected to excruciating pain and permanent deformity.  Not all Chinese practiced this custom (the Manchu did not practice this, the Han did).   The daughters of poor farmers were important laborers and were spared (if you cannot walk, you cannot toil).

The actual binding began when a girl reached the age of 4-7 years, when her bones were still flexible.  The feet were soaked in solutions containing various herbs and other ingredients according to secret family recipes. The four small toes were bound against the sole of the foot after breaking of the arch of the foot, while the big toe was left exposed.  Strips of cotton cloth were used to tightly bind the feet.  The child would then have to don a tiny pair of shoes (usually made by her mother).  The bindings were changed at regular intervals, more tightly wound each time, the shoes becoming smaller and smaller.  The practitioners of foot-binding might have been the female relatives of the child, or a professional might be employed.  It would take two years for the feet to be shaped into an unopened lotus flower bud.  In realty the foot did not so much resemble a flower but a misshapen mass of crushed bones.

Foot-binding left the women  virtual captives in their house, frequently they could only walk with very short, mincing steps, and needed to be carried or transported by carriage or cart when outside.  Obviously, male dominance was one factor, but not the only one.  Small, bound feet ( as small as 3 inches) were considered symbols of beauty, family status, mariageablilty and duty. 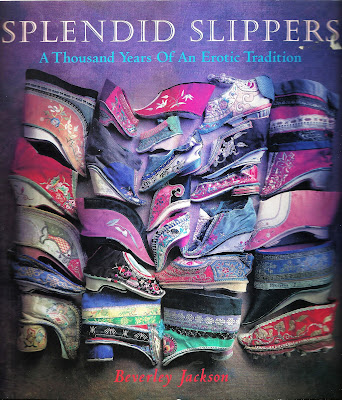 To cover their deformity, girls and women made exquisite miniature shoes of the richest material they could afford.  Tradition patterns and symbols were embroidered with silken threads.  Even the soles were often patterned as they would show very little wear. These slippers have great aesthetic qualities and showcase great talents of the girls for embellishment.  However, they also represent the great pain and life-long deformity associated with this practice.