"E" is for Eyelet

Eyelet fabric can be described as a combination of lace and embroidery.  It can be found in a variety of patterns which cover the fabric surface from selvage to selvage.  Usually produced in white but occasionally it can be found in colors. 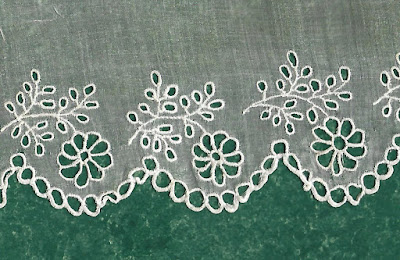 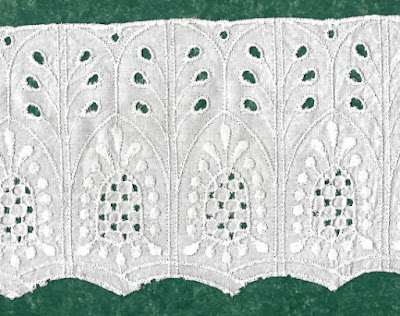 The design is punched into the fabric ground by a series of knives called bohers.  The “hole is then stitched to prevent fraying.

In the 1860’s an early hand-operated embroidery machine was developed, subsequently, a 24 needle machine was produce which could be powered by hand or electricity..  This machine was known as the “schiffli”, German for boat.   Programs were written in punch paper( somewhat similar to Jacqard weaving and computer punch cards). 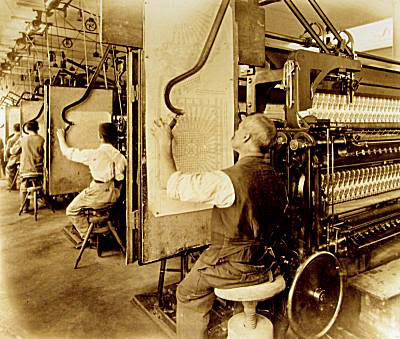 Early schiffli machine circa 1910.  Note the machine operator is following the punch pattern.

Today a modern schiffli machine is 65 feet long and 16 feet high, containing 1,020 needles.. Most manufacturers in the US using these embroidery machines are in New Jersey.  These machines are computer run. 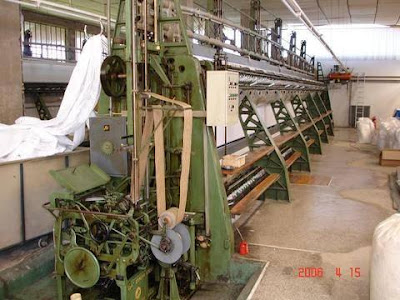 Posted by Margy Norrish at 1:27 PM No comments: