Designer to the Stars

This week there have been many tributes to couturier Oscar de la Renta, who died Oct.20, at the age of 82,  and I would be remiss if I didn’t join the accolades.

There have been many fashion designers who have established their place in fashion history: Fortuny, Dior, Channel, Schiparelli.  One must include in this pantheon  Oscar de la Renta.

Born July, 22, 1932 in Santa Domingo, Dominican Republic, Oscar de la Renta began his career in Spain where he studied painting.  For added income, he drew sketches of fashion clothing for newspapers and magazines and after one of his sketches was featured on the cover of Life magazine, he turned to design, apprenticing with the famous House of Balenciaga.  He then worked for design houses in Europe and New York.

He was the winner  of many awards, including the coveted Coty Award and was inducted into the Coty Hall of Fame in 1973.

While he was best known as “designer to the rich and famous” creating fabulous gowns for such clients as Jackie O and wives of American presidents ( his last creation was worn as a wedding dress by Amal Alamuddin) he also designed clothing appropriate for a business meeting or luncheon date.  He diversified his business into fragrance (”Oscar”), and a line of accessories and housewares.  His moderately priced ready-to-wear clothing is available at his retail stores and other retail outlets such as Neiman Marcus and online.

He once said “ fashion is a trend, style is within a person”.  That is the genius of the great designers, that their creations are timeless and wearing their designs make their clients feel confident and beautiful inside and out. 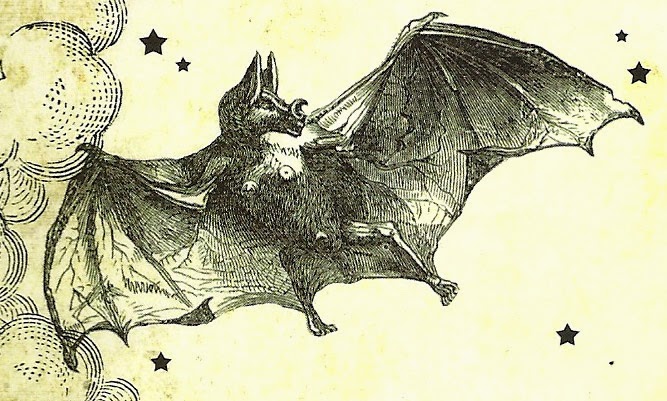 This week is also Halloween.  “Listen to them- the children of the night.  What music they make.”  Dracula, by Bram Stoker, 1897
Posted by Margy Norrish at 1:46 PM No comments:

I recently picked up a back issue of the Rugger’s Companion, the bimonthly newsletter/magazine of ATHA, Association of Traditional Hooking Artists. 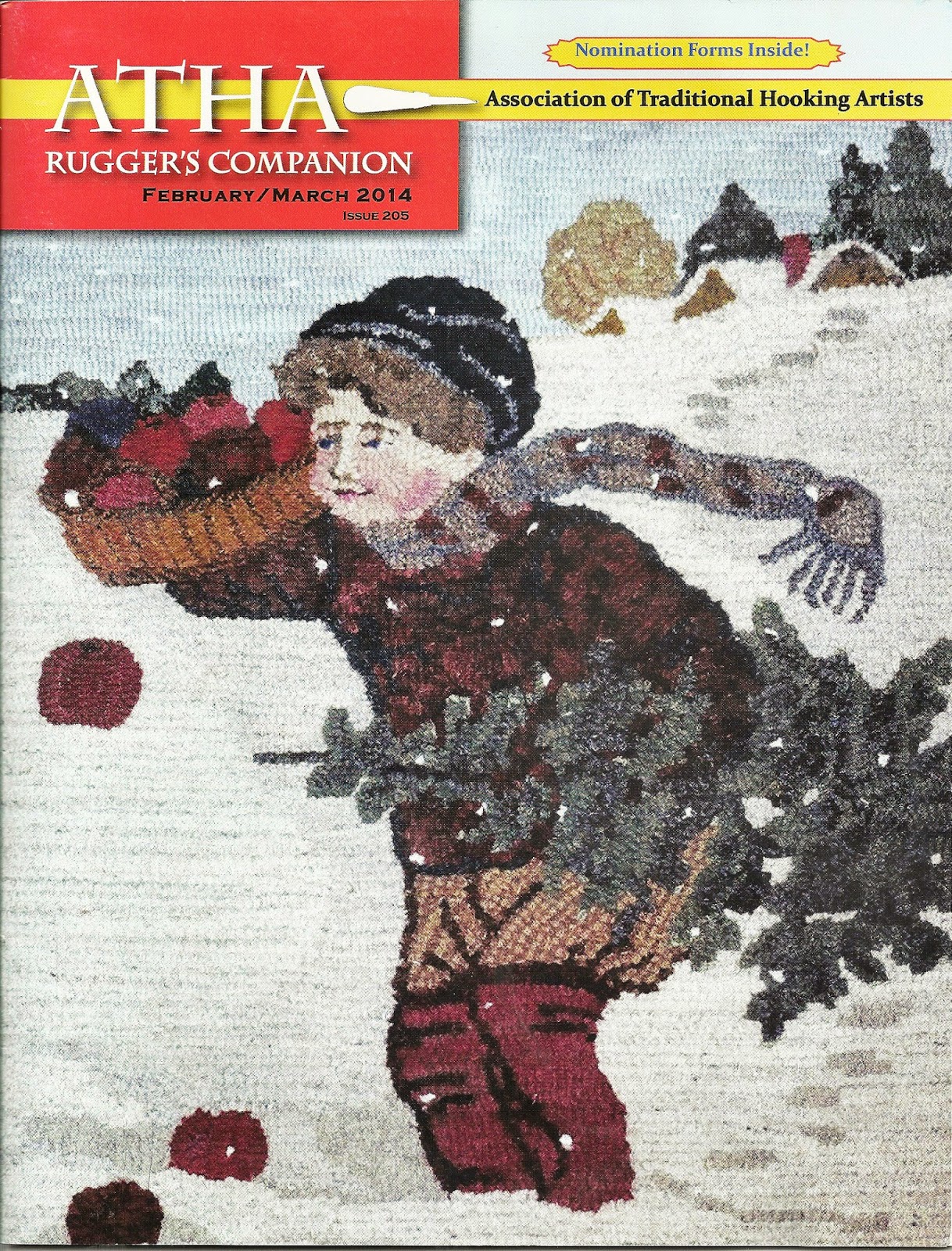 I had not known of this organization and an internet search produced the following facts:
Their membership includes over 4, 000 fiber artists worldwide organized into 17 regions.
In North America, there are 78 active chapters.

Their very professional news magazine held a wealth of information for rug hooking enthusiasts.  Dozens of articles and photographs of finished project submitted by the membership inspired me to finish a couple of hooking projects I have started.
Advertisers feature hooking supplies of every description as well as instructional books and magazines.

I have always thought membership in an organization or guild which represents your hobby and interests to be very advantageous.  For a nominal membership fee, there are  many benefits, including working with artists with the same interests
(a great learning experience).  There is usually the opportunity to attend workshops and conferences and new products are offered in their publications.

ATHA is sponsoring a biennial symposium in 2015 in San Antonio, Texas.  For all information concerning this seminar and membership please contact www.atharugs.com
Posted by Margy Norrish at 3:14 PM No comments:

I received an advertisement from a catalog featuring towels made from bamboo-rayon and cotton fibers.  The person sending me the ad was confused about the so-called bamboo-rayon and questioned how bamboo plant fibers could be used to create synthetics.  Well,  the answer to that query is a simple one.  Rayon is not a synthetic fiber, although many assume that it is.  Like its cousin Acetate, Rayon is manufactured from cellulose.  So allow me to tell you a short history of Rayon.

Rayon, known as  “artificial silk”, was first produce over 120 years ago, the first patent was granted to a Swiss chemist who dissolved the inner bark of mulberry trees, chemically modifying it and formed threads by dipping needles into the solution.  The first commercial production of rayon is credited to Count Hilaire Chardonnet, a French chemist who demonstrated  his fabrics at the Paris Exhibition.  The first commercial plant to produce rayon was built 2 years later.  Chardonnet discovered that nitrocellulose could be dissolved in a mixture of ether and alcohol and the solutions could then be extruded into an acid bath to form a continuous filament. Rayon is a regenerated textile fiber, there is no chemical change in the cellulose and has the same characteristics as cellulose.

In the US the first successful production of Rayon was made by the American Vicose Company in 1910.

Since cotton linters and wood chips of pine, spruce and hemlock have been the source of the cellulose used for Rayon, it is not surprising that fibers of bamboo would produce a profitable ( and sustainable) source of cellulose for Rayon, as well.

Rayon is highly absorbent, soft and comfortable with good drapability.  It is also easy to dye.  Rayon is often used with other fibers, such as cotton, in textile production.

Acetate, Rayon’s cousin is also a regenerated fiber, first processed in 1894.  Acetate, however, is a different chemical compound from the original cellulose.  It is created by adding acetic acid to the cellulose, creating cellulose acetate. The solution is forced through a spinneret into warm air which hardens the filaments by evaporation.

In case you were wondering, Nylon was the first synthetic textile fiber, produced by the laboratories of DuPont in 1931.
Posted by Margy Norrish at 2:03 PM No comments:

The Cord of Kings- Corduroy


Fall has finally come, the leaves are golden and the nights are cool.  One joy of living in a climate with all four seasons is having a diverse wardrobe. There is pleasure, at least for me, in bringing into my closet clothes for the upcoming season. In the spring, there are lightweight cottons in colorful patterns and flip-flops.  For fall and winter, there are comfortable, warm sweaters and leggings, jackets and boots.

According to one of my favorite fashion sources, The Wall Street Journal Style and Fashion section “Across the retail spectrum, at nearly every price-point, designers have embraced the traditional cotton fabric [corduroy] in a fervor not seen since the Carter administration.” (Christopher, Tennant, WSJ, Sept 13-14, 2014, pg 52)

The term “corduroy” comes from the French “Corde du Roi” or cord of the king.  It is a cut pile, machine made fabric where stripes of pile (wales) alternate with stripes of ground cloth (welts).  The wale stripes may be produced in various widths.  The most narrow wale is referred to as pinwale.  The weft pile is non-structural  supplementary weft, the floats are subsequently cut and brushed to produce the soft , textural fabric.

Corduroy is usually made of cotton or a blend of cotton and man-made fibers, which is very durable and takes dye well. 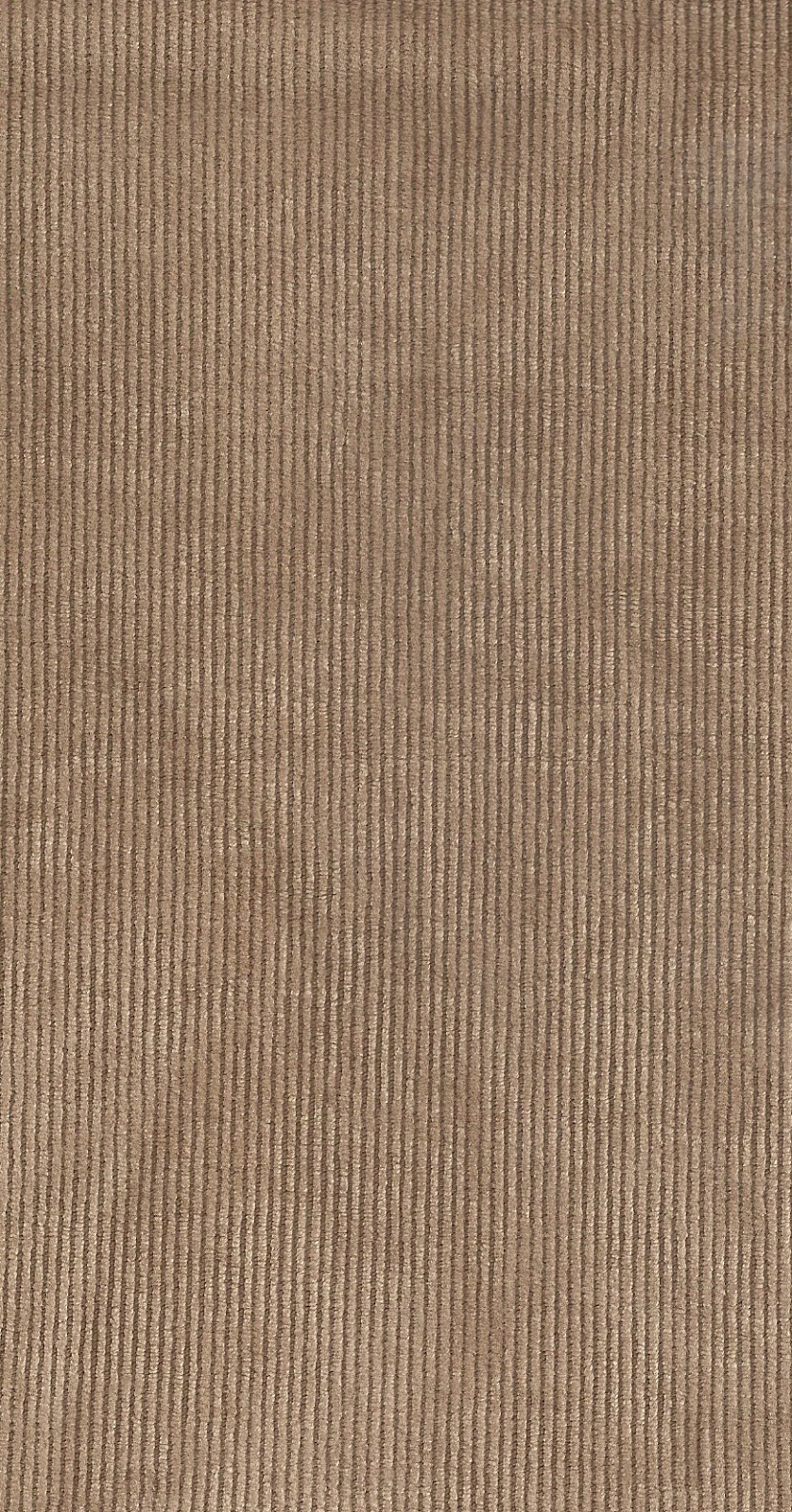 Posted by Margy Norrish at 2:36 PM No comments: