What's in a Name? Plaid versus Tartan

I recently read an article written by Leanne Italie for the Associated Press entitled “For the Love of Plaid”.  In her article, Italie describes the focusing of this pattern not only for apparel and footwear, but also as a newly emerging design trend for home furnishings.

This has led me to address several questions I had received regarding the distinction between the designation “plaid” and “tartan”, following my blog “Tartan, Plaid By Any Other Name”, Mar, 15 2015.

So I have gathered my dictionary and textile encyclopedias in an effort to resolve this issue.  The results were not at all definitive.

2. Callaway Textile Dictionary:   Plaid: a pattern consisting of colored stripes or bars crossing each other at right angles, similar to a Scottish  tartan.
Tartan;  a kind of woolen cloth with a 2/2 twill in checks of various colors, worn chiefly by Scottish highlanders.

3. Encyclopedia of Textiles, Judith Jerde :  Plaid:  the word plaid is used to describe a particular pattern, but in actuality it does not refer to a pattern at all but rather, to a type of highland Scottish dress.
Tartan : a plaid fabric that originated in the Scottish highlands, derived from the Gaelic “tarstin ot tarsiun” meaning across, describing the cross stripe pattern.

4. Textile Designs, Meller and Elffers: Plaid: a box layout of stripes, usually horizontal and vertical and almost always crossing at right angles.  This reference was certainly the most thorough as there were entries for many varieties of plaid, including printed fabrics of various fibers, different colorways including black and white printed fabrics and plaid prints used for men’s shirtings.

One final definition that appeared was the definition of the word ”check”.  It seems the check pattern is applied to similar plaid patterns of fewer colors on a smaller scale.  Meller says” squared off, a plaid becomes a check”.

My opinion, and I’m sticking to this, is that the word “tartan’ can be correctly applied to woven, woolen cloth of various colorways in a pattern of intersecting stripes of varying widths.  And we musn’t forget about those Scottish highlanders.  “Plaid”, in our times, is used to refer to the pattern crated by the stripes and can be woven or printed fabric of various fiber content.
Posted by Margy Norrish at 10:24 AM No comments:

“Art is only art when it is synonymous with living.”

It is mid January and we are in the midst of winter here in North America.  Even Santa Fe, which is usually not bitter cold has seen a blast of chilling winds and snow.  It is a perfect time to spend an afternoon (or two) at a museum.. We are blessed with many fine museums and galleries, here, and one of my favorites, of which I often write, is The International Folk Art Museum.

One wing of the museum was designed in 1981 (opened in 1982) by Girard to house the Girard Family Foundation Collection of Folk Art.  Over 100,000 pieces collected by Girard and his wife, Susan, are in the collection and are on view, many displays  were designed by Girard himself.

This fascinating array of folk art from around the world cannot be appreciated in a single viewing.  Indeed, every time I visit I find objects that I had overlooked.  Small ceramic pieces arranged in a depiction of village life, fiber flowers, and, of course, examples of very fine textiles.  These objects were not created in factories, nor manufactured in lots of thousands to be sold on the open market.  Rather, each has been created by craftsmen and represent the artistic considerations of their ethnic backgrounds.

While Girard is known as a great collector of folk art, there is another aspect to this man’s contributions to the field of art

He is probably one of the least known, but at the same time , one of the finest designers of textiles in modern times.  Born in New York, he was raised in Italy where he studied architecture.  Eventually, he moved to Detroit and worked as a designer for Ford and Lincoln Motors and as a color consultant for General Motors.

Fortunately for us New Mexicans, he and his wife, Susan moved to Santa Fe in 1952 and became the director of textile designs for Herman Miller until 1973.  His designs reflect his training in architecture and are known for his explosive use of color.  He designed over 300 textiles, as well as, wallpapers and decorative prints, furniture and other decorative objects.

One of his designs was issued in collaboration with Jack Lenor Larsen (in fact this was the only Girard design Larsen produced).  Entitled “Palazzo”, this piece was unique in several ways.  It was a triptych of a European city featuring stylized buildings, bridges and archways.  Instead of using vibrant color, this piece, intended as a furnishing fabric, was screen-printed in white and shades of brown on a brown linen ground fabric.  The textile was given by Larsen, from his collection, to the Art Institute of Chicago and was featured in an exhibition
“The 20th-Century Textile Artist” in 1999 at the Institute.

The Herman Miller collection is reissuing some of Girard textile designs.

Also, Girard Studio was created by the Girard family to “preserve and promote the design legacy and archive of Alexander Girard”.  Its mission is “Reintroducing Girard to the public”.

Of interest to those of us dining in Santa Fe, the interior of the famous Compound restaurant was designed  by Girard in 1966.
Posted by Margy Norrish at 11:23 AM No comments:

We are one week into the new year,2016.  I came upon several facts about textile history occurring in the years –15. 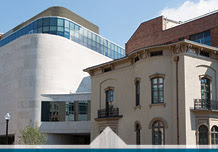 You can access their schedule of events for the coming year at museuminfo@gwu.edu.

In 1915 Estelle Lester Laverne was born.  Estelle established Laverne Originals, later, Laverne International.  She was a pioneer in integrating applied design in textiles with the fines arts.

In 1815 Lowell established a mill in Waltham, MA, later to become ( in Lowell MA) one of America’s largest textile manufacturing sites and a model for US industrialization.  See my blog “The Lowell Experiment”, 8/30/15. 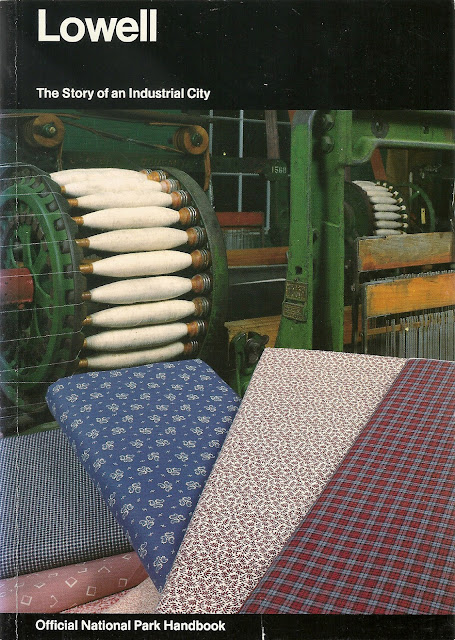 In 1515 the first nationalized factories for tapestry weaving opened in France.

In 1315 the Lyons silk industry was developed by Italian immigrants.

In 715 wool dyeing was established in Rome.

To view textiles from the past, a collection of  vintage magazines is helpful ( and inexpensive to purchase from flea markets, thrift shops and vintage book stores). 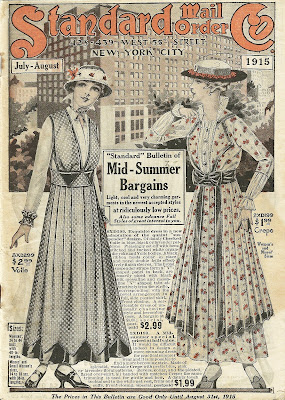 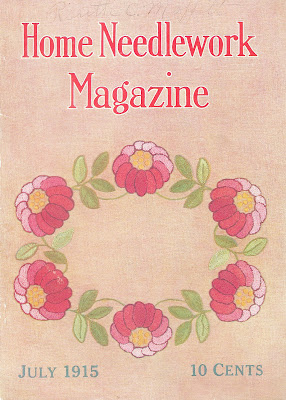 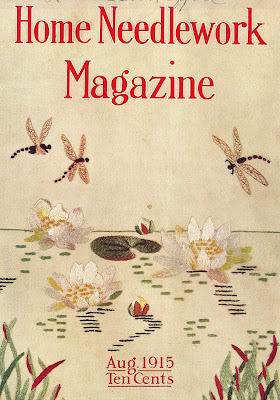 Posted by Margy Norrish at 10:20 AM No comments: