Many years ago I lived, for a short while in Omaha, Nebraska. One day a friend and I visited a neighboring town, Nebraska City, where I learned about Arbor Day. Its founder, Julius Morton, a journalist and politician worked to improve agricultural conditions, not only in Nebraska but, throughout the U.S. as the Secretary of Agriculture under President Cleveland. While serving on the Nebraska state board of agriculture, he proposed the idea of a special day devoted to the planting of trees to stress their importance. The first Arbor Day was held on April 10, 1872 and an impressive one million trees were planted. Many states would follow suit, however the date often varied due to climatic differences affecting optimal planting time. In 1970, President Nixon proclaimed Arbor Day to be celebrated on the fourth Friday in April. Many countries today have set aside special days of festivities featuring reforestation.

So, today the topic should be the relationship between a tree and textiles.

Many textiles have their fiber origins in the plant realm but I have chosen two textiles for you to consider: Silk and Tapas. Both of these textiles depend upon the mulberry tree, genus Morus. While there are ten or so varieties of mulberry we shall consider two of them. 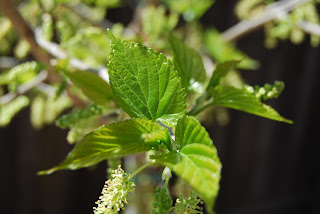 The first is the white mulberry (M.alba) so called because of the white fruit it bears, native to Asia and cultivated in southern Europe. Its importance is, of course, the leaves, which are fodder for those voracious little moth larvae, known as “silkworms”. There are many types of wild moths whose larvae produce silk filament cocoons, each morphologically different to some degree. These “silkworms” feed on oak, cherry and mulberry leaves. Their “silk” is brownish in color and may be up to 3 times the thickness of the filament of the cultivated Bombyx mori. This wild type of silk is referred to as “tussah”.

Over the many centuries B.mori have been bred for the quantity of eggs produced and the quality of silk filament produced. Moths may lay 500-700 eggs, which are incubated in the spring when the mulberry trees are in leaf. One ounce of silkworm eggs will require nine tons of leaves to reach maturity, and will eventually produce 12 pounds of silk filament. 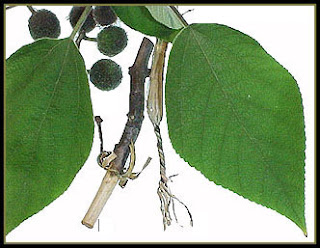 The second species of mulberry is the “paper” mulberry. Its inner bark yields a fiber used in Asia for papermaking and in Polynesia for the coarse fabric called Tapa in Fiji, Kapa in Hawaii, and Saipo in Samoa. After the trees are felled the bark is stripped from the trunk and soaked for several days making it soft and flexible. The rough outer bark is discarded and the soft pulpy strings of bast fiber are laid over a wooden anvil and beaten with wooden mallets to form sheets of cloth. This is done by groups of women. It is said that these tapa-making women were able to convey messages over great distances by beating in a rhythmic way and using a well understood code. Some believe the code itself was embedded into the cloth and that the cloth could speak for itself. 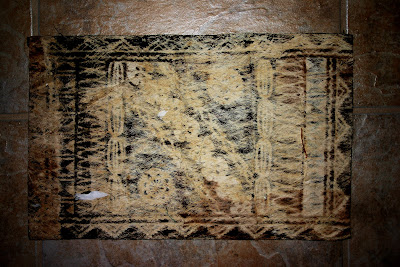 Posted by Margy Norrish at 1:02 PM