The Rug from Hell

The Rug from Hell

Two weeks ago I wrote about maintaining your vintage textile collection; here is Part 2 – Restoration.

I am often asked about restoring a textile.  Can it be done?  My reply is always 3 words: Sometimes and It Depends.  There are fabulous, trained professional restorers that produce amazing results with a few remaining fibers.  These highly educated people are employed by well-funded museums and collections.  “It Depends” refers what is to be restored and the amount of $$$ you have to spend.  Some simple repairs can be done yourself if you are handy with a needle and thread, if you are familiar with weaving techniques, you have a supply of repair materials or you are fortunate to have a friend with the above.  Remember a poor restoration is way, way worse than leaving the textile in its present condition. 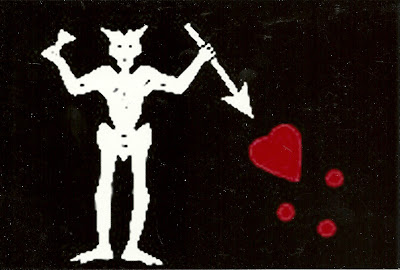 Now I will tell you a story about a hooked rug restoration. The Rug from Hell
One day a client came by with a request for a restoration of a hooked rug that was a “family heirloom," “very, very old” and “ much beloved."  I had come “highly recommended”.  Now this usually means that several people had been approached before  and who wouldn’t touch that rug with a ten- foot pole.  I told her I would first do an evaluation that included photos of the rug, an inspection of the damage, an evaluation of the rugs fibers and a listing of the materials I would need to procure for the job. For this flat fee I would give her the photos and reports and a ROUGH approximation of the cost based on my hourly fee.  “OK”, She said. “Here’s a check” and before I could reply she was off to her car to retrieve this wondrous article.

I barely had time to cover my worktable with a clean cloth when she plopped  a black garbage bag on it, which she opened to reveal a mass of dirty tangled fibers of unknown origin.  Aghast, I pulled on some gloves. No way was I touching this, especially since I swear I could see something moving within it.  With a bit of gentle tugging, I could somewhat straighten the thing while client said softly “Oh, it seems to have a small hole”.“I can’t possibly restore this”, I replied .Merlin the Magician could not have restored it.
“But you have my check for the evaluation. Could you just do that for me, please?”  What could I say? She was right about that.  I would measure and photograph it, write a very discouraging report and send her on the way to some other poor sucker.

Before I did anything, I wrapped it in the table cover and stashed it in a freezer in my garage that I used only for textiles.   I had to kill whatever insect larvae had set up their home in the rug.  Days later, I reluctantly retrieved it and took it outside for a good shake, figuring any fibers I dislodged I would put into a plastic baggie to be returned with the report.  Unfortunately, what was left of the rug was pretty firmly attached so I felt I could safely attempt to remove what appeared to be a vast amount of dirt.  She hadn’t said so but perhaps her family lived in the La Brea Tar Pits.

On inspection, the hooking technique used was indescribable.  Clearly, the rug was made by a group of 4 year olds at a summer craft camp.  Scattered over the surface were clumps of fiber resembling some sort of grape-like texture, which turned out to be made of polyester. So much for the rug being “very, very old."

I was sure, I was positive that my evaluation would have the client running for the hills.  Not so.
“It looks better already," the client said. Are you kidding me? She said,  “Here’s a check for the first part of your work”. And out she went.  I was so astonished I couldn’t move fast enough to stop her and so with the check in my pocket I resigned myself to my fate.
Days past. Weeks past.  I could hardly bring myself to continue working on what I now called “The Rug from Hell”.  I swear it had a life of its own.  For every row of hooking I replaced, like Penelope’s weaving, a row  unraveled overnight.

Finally, I had to quit, not that I was ahead, but this project could take a major portion of my remaining life.  Dreading the reaction I would get, not to mention the remainder of my bill was due, I unwrapped the finished rug.  “Oh”, she gasped and I swear she started to tear up.  I felt awful and started to figure how much of my fee I had to return to her.  She reached into her purse (for a gun with my luck) and withdrew an old photo of a den or 1950’s rec room (I could tell by all of the wood paneling on the walls and ceiling and the patriotic patterned fabric on the overstuffed furniture).  In front of the faux stone fireplace was a rug.  I took out my magnifying glass and OMG there it was, THE RUG. The reconstruction was not exact by any means, but it was darned close.  She thanked me profusely and added a generous bonus to my invoice.

Now for the moral of the story.  Value and worth are not synonymous.  The resale value of this rug was in  minus digits.  But to her, and presumably the family, its worth was immeasurable. I had learned my lesson.  I would never, ever again put myself through another restoration like this one.

Email ThisBlogThis!Share to TwitterShare to FacebookShare to Pinterest
Labels: restoration