A trip to a Berber village

Berbers (Amazighs) are an ancient ethnic group indigenous to northern Africa. The Romans named them Berbers,”barbarians”. While they worshiped various dieties, some were Jewish Berbers and some Christians. By the 600's most were converts to Islam. While some were stereotyped as nomads, the majority were traditionally farmers and lived in villages. Today most Berbers live in Algeria and Morocco, although there are large immigrant communities in Europe and Canada.

There was no standard writing system for the many distinct languages. For instance, when I visited a carpet house the manager showed me modern Berber carpets which told the story of the maker, her family and her village, pictorially, in the designs she had woven into her carpet.
In 2011 King Mohammed VI, ordered Berber as an official language of Morocco and compulsory in all schools. Today it is spoken by 30-40 million Arabized Berbers.

On a trip to the Ourika Valley at the foot of the Atlas Mountains we visited a Berber family. Lest you think Morocco is only desert, the Atlas range is the highest in North Africa (known as “mountain of mountains”), snow falling regularly from September to May. In the High Atlas Mountains the language is a dialect of Berber Tashelhit (with some Tamazight). 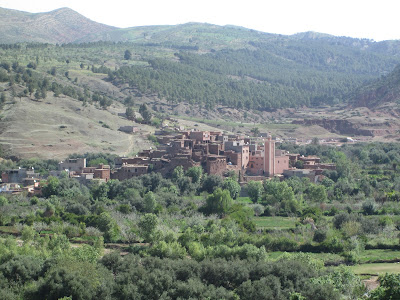 While Arabs tend to leave the family home upon adulthood and marriage, Berbers typically live in compound houses with extended family.

In Morocco, hot, freshly brewed mint tea is served to every guest. Made of green tea and mint it is quite refreshing and it is considered very rude to not partake of a small glass (even if it is your 3rd or 4th of the morning). The offering ranges from a full brewing ritual with many silver pots and kettles to brewed tea served in small glasses on a silver tray. 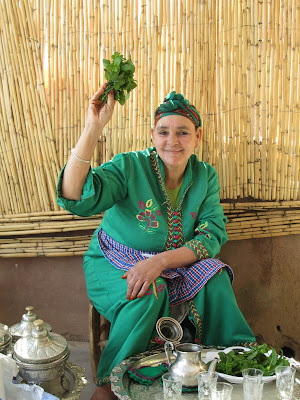 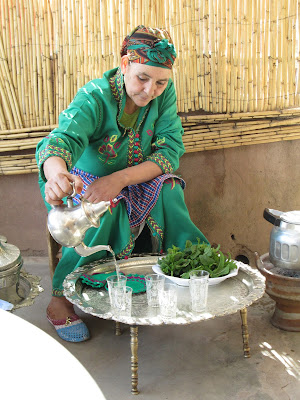 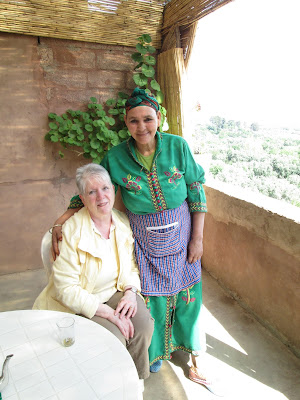 The lady of the house wore, for us, a traditional Berber costume,matching green pants and caftan, richly embroidered, and small green hat. Although no English was spoken, she graciously showed us her home and terraces , which held striking views. 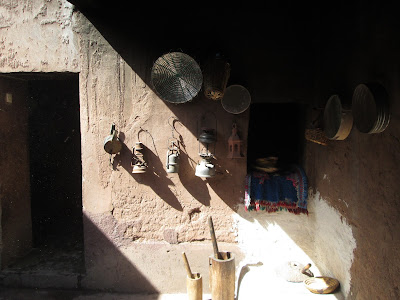 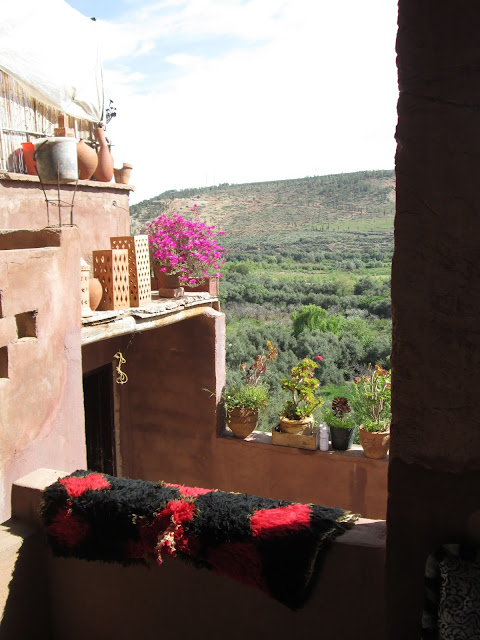 No home, however off the beaten path should be without TV!!!  The present king had electricity brought to the valley. 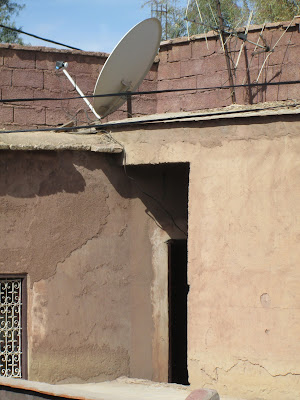 Posted by Margy Norrish at 7:59 AM