A Tribute to Italian Design

While we were in Milan ( see my blog on  Milan fashion week) wandering and window shopping I spied the most awesome store front in the plaza across from the famous La Scala Opera House.  The first floor of a block-long building showed the interior of a high-end haberdashery shop.  Through the windows the public could see stacks of fabrics, masses of buttons, zippers and all manner of sewing accessories.  This display was so realistic that many people tried to enter the building.  I admit, I would have spent days and days within.  But, of course, none of this wonderment was real.  It was the most clever façade celebrating  Italian  design.  There were other public displays to be found around the city featuring design in many areas. 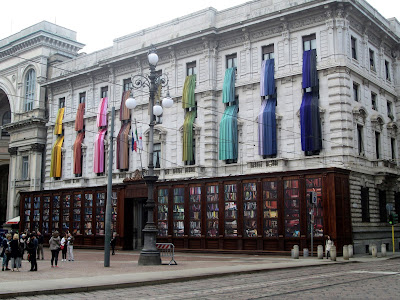 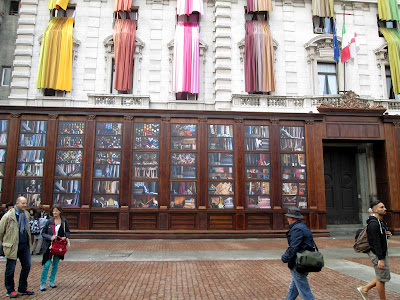 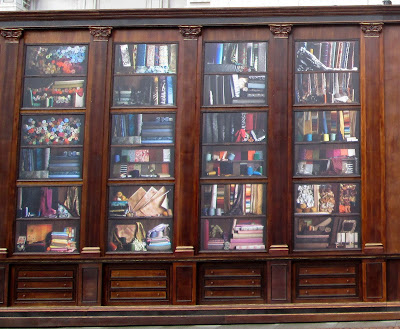 This is another Italian Design display found in the Galleria Vittorio Emanuele II.  This ornate shopping arcade has a floor plan on the shape of a Latin cross.  Mosaics represent the continents of Asia, Europe, America and Africa and the glass and metal ceiling was the first in Italy to be structural rather than merely decorative.  This display, in front of the Prada flagship store, featured Italy’s great reputation as jewelers to the world.  Renaissance figures adorned billboard-sized panels, dressed in finery, and, of course, their fabulous jewels.  The jewels were showcased in three dimensions . 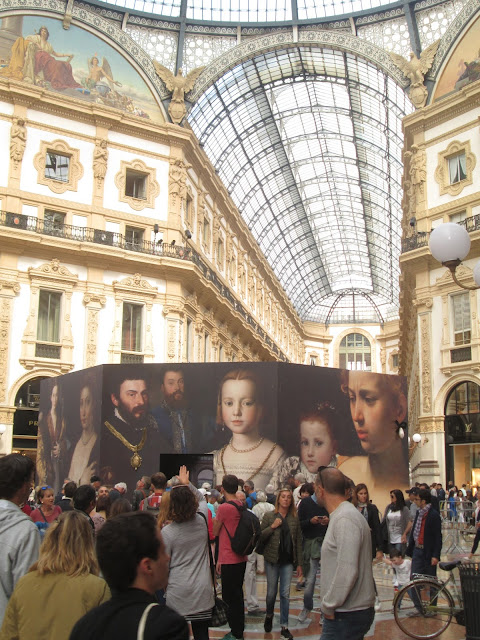 Posted by Margy Norrish at 1:57 PM