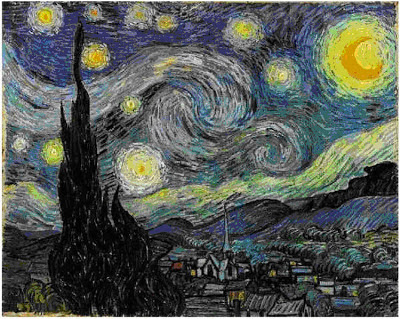 Living in New Mexico reveals the beauty of nature in a much different way that I had ever experienced living elsewhere.  One very special experience is called The Night Sky.  Looking up to the dark, night sky reveals an unbelievable cascade of stars, so many, that it appears as if thousands (no, hundreds of thousands) grains of white sand have been thrown up into the sky.  This is possible due to the altitude, lack of pollution and legislation passed by New Mexico in 1978 called the Night Sky Protection Act.  The purpose of this act “is to regulate outdoor night lighting fixtures to preserve and enhance the state’s dark sky…”  Without the distraction of glaring spotlights and neon signs (even the type of lighting for street lights is regulated) the night sky becomes a small glimpse of the universe, of the cosmos. While beautiful, for me, it is also frightening.  I simply cannot wrap my mind around the concept of infinity, of the concept of never-ending space.

I have a friend who not only is fascinated with these concepts, she embraces them into one of the most incredible forms of textile art. 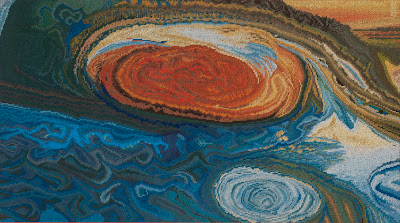 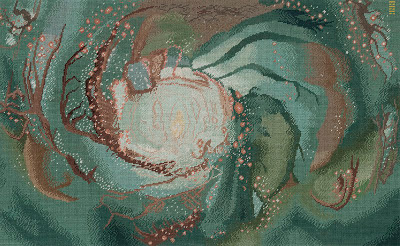 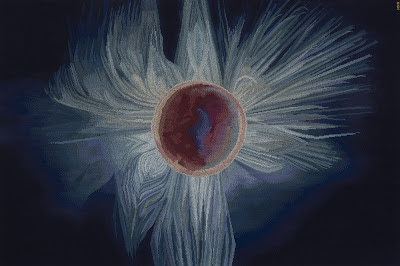 According her artist’s statement, Debbe states “My tapestries and the universe have become one and the same for me. Petit point is my art and space is my muse.  Each work is preceded by immersion in the most current images returned to earth by orbiting telescopes.  After being drawn to a particular subject I find as much information on the topic as possible before I attempt to capture its grandeur…(My process) begins with my research and ends when I have interpreted the image and its science.”

To read Debbe’s biography and view her gallery of tapestries please visit her website www.petitpointillism.com

Posted by Margy Norrish at 1:47 PM