Floor coverings in the 1800’s ranged from very expensive woven wool carpets to cheaper in-grain woven carpets to straw and rush mattings.  The straw mattings were popular until nearly the 20th C as they were used to protect more expensive carpeting from wear.  They could easily be removed, cleaned and replaced near doorways and fireplaces which received the most dirt.  Unfortunately, the straw mattings were not very durable. By the mid-19thC housewives were choosing floor cloths (oil cloths that they could paint in patterns) which were easy to clean and therefore useful in the kitchen, but lacked warmth. Other, small fabric rugs, were frequently sewn by the homemaker.  The most popular of these were hooked rugs with designs ranging from simple geometrics to the elaborate and complex. Due to the simplicity of the technique these rugs and mats remained popular throughout the 19th C and experienced a revival during the early 20th C.when rug-hooking classes were offered and women used these occasions for social gatherings( much like quilting bees). 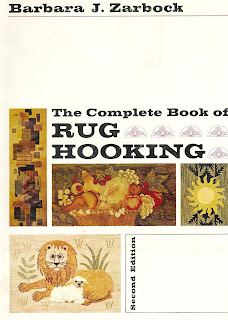 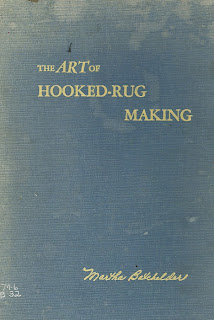 You can still find old books on rug hooking instruction. 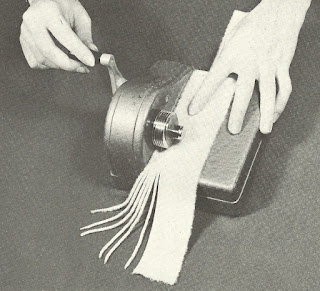 Strips of wool can be cut to the wanted width with mechanical strippers. 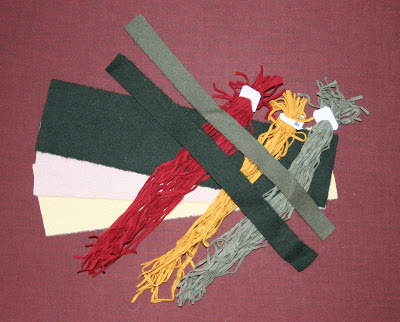 The wool strips used  (probably firstly from scrap wool) were drawn from the back to the front of the ground fabric with a hook to form loops.  Properly done, the loops were of even height and the beginning and ending “tabs” of the strips were brought to the front of the rug (later they would be trimmed flush with the pile of the finished mat) thus insuring the row of loops would not be pulled out. Most were hooked on loosely woven jute or burlap. 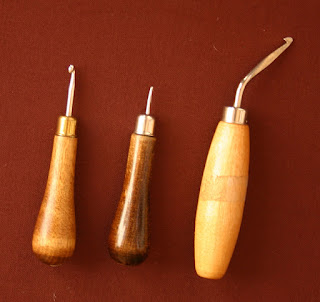 To fill in large background areas, some used “speed hooks”.  Speed hooks do what hand held hooks do, but in a different way.  While hand hooks lift the yarn from the underside of the foundation cloth, forming loops on the top side, speed hooks pushes the yarn from the top side into loops on the under side.  Therefore the finished surface is the under side.
Susan Burr Needle (speed needle) could be used with strips of varying widths and could be adjusted to make loops of varying heights.

So-called “latch hooked rugs” are made with a tool that makes knotted rugs using cut pieces of yarn.  The rugs have a shag surface instead of the even surface of a hooked rug. 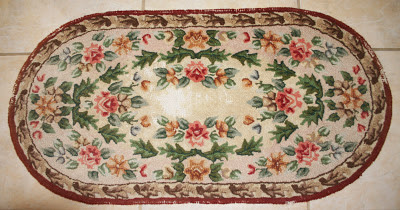 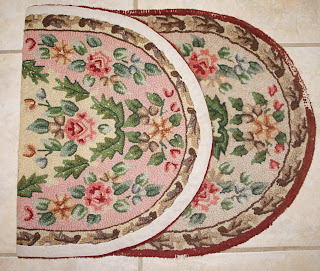 You can tell by looking at the reverse the original colors. 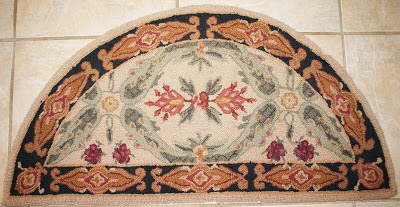 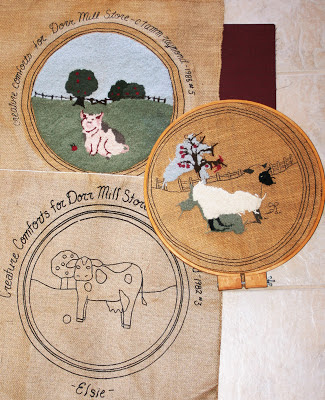 Kits for hooked rugs, mats and cushions are available.

One source of kits, yarns and hooking equipment ( as well as rug-braiding supplies) is The Dorr Mill Store, Newport New Hampshire
www.dorrrmillstore.com
Posted by Margy Norrish at 2:16 PM