Remember that game ”Twenty Questions” that always began with the question animal, vegetable or mineral?  We sometimes forget that textile fibers are not only of animal or vegetable origin, but may be in the mineral category.  The use of metals in fabric can be traced far into history.  Metallic threads indicated wealth and status and required expert craftsmen to embellish clothing for royalty and religious clergy. 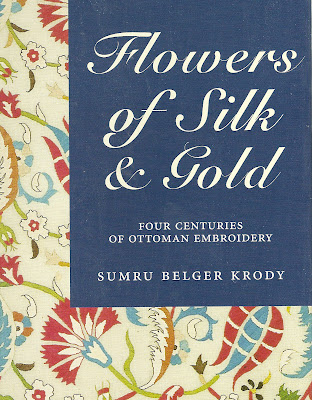 The use of metal as fiber elements was accomplished in two ways.  Incredibly thin sheets of gold, silver and copper were wrapped around cores of linen, silk or cotton threads.  If the metallic thread was too brittle to be used for embroider they were couched on the surface of the textile.  Sometimes the couching threads were visible and added to the overall glittery effect, which is referred to as “or nue”.  Very fine metallic thread was often used in Chinese and Ottoman embroideries.  With the spread of the Ottoman Empire, the use of metals was introduced into Europe and could be found in medieval textiles, some of which could weigh in excess of 40 pounds. Called “drap d’or”, golden fabrics flourished until the late 1700’s.


The second method of creating metallic fabrics from true metals is weaving strips of thin metal (with a wire warp) or using metal wire with fiber such as linen.  Because the wire warp is particularly strong a variety of materials such as plastic, paper in addition to the wire weft can be used.  Through electrolysis, many colors can be produced. Titanium, for example, can be made into blue, brown, pink and green hues.  One advantage of using metal elements is that the resultant fabrics can be manipulated and shaped after weaving.