Ever learn a fact when you were young and still remember but have no idea why you were supposed to know that piece of information?  For me, it was in elementary school that I memorized “William the Conqueror..Battle of Hastings..1066”.  Big whoopee!!!  I never remembered anything else about this morsel of knowledge.  It was years and years later that I encountered the Bayeux Tapestry.  Several weeks ago I found two books about the history of this textile, and felt I should do a bit of research about William and his battle. 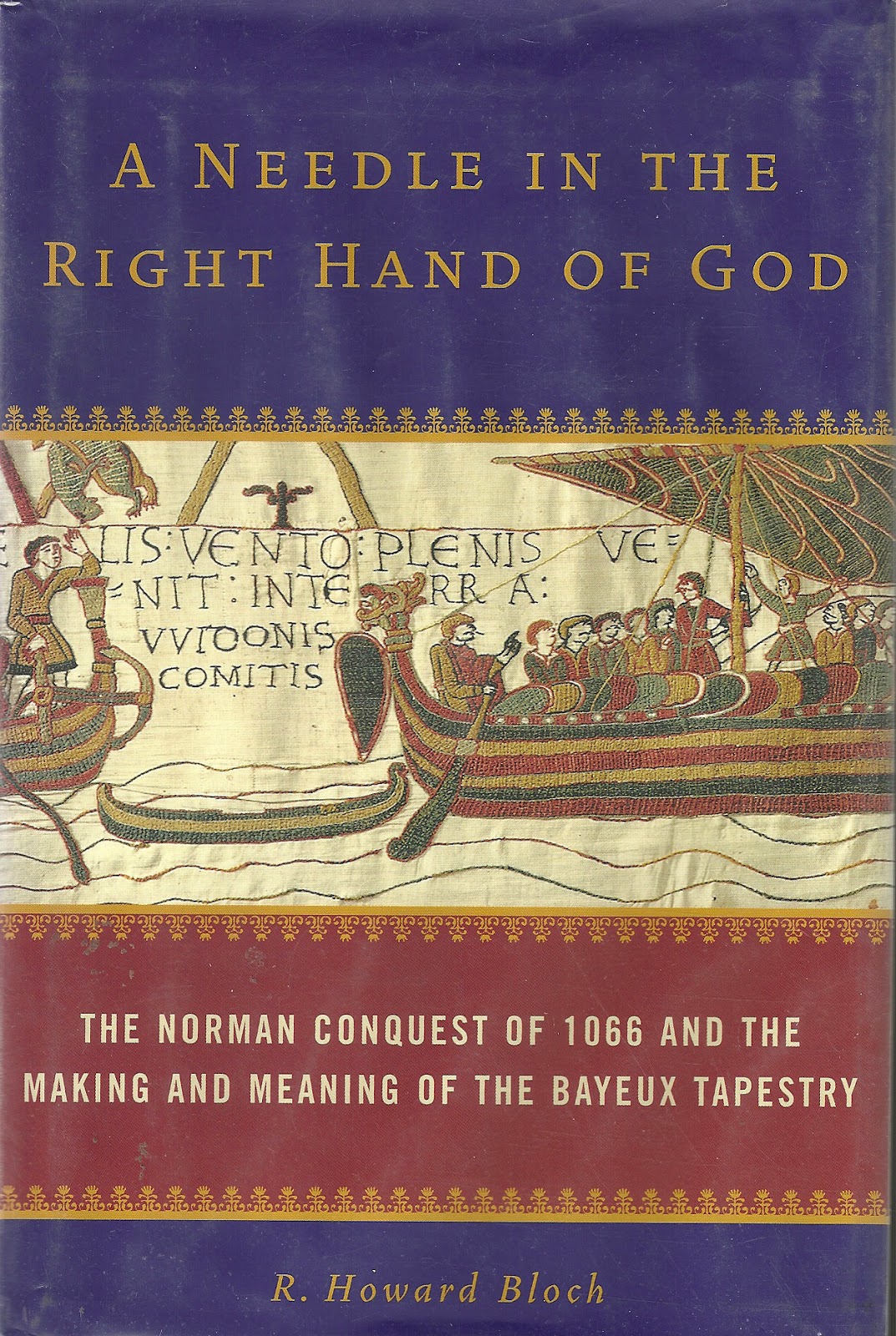 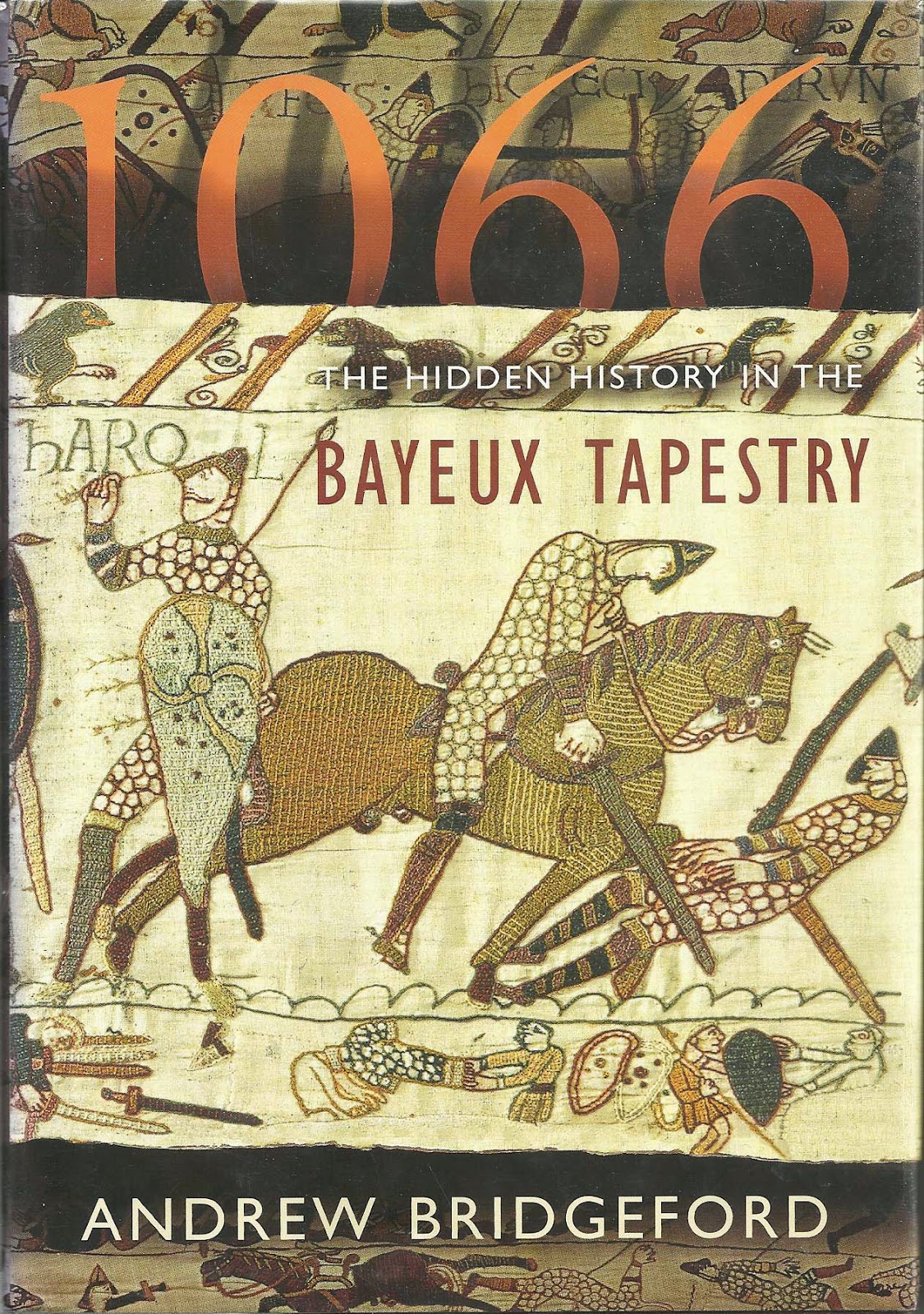 William of Normandy defeated Harold and the Anglo-Saxons at Hastings in the year of 1066.  This was one of the most important battles fought in the Middle Ages and marked the beginning of Britain’s role in Europe.

The story of this battle is told in this special textile.  The history of this piece is quite remarkable.  Firstly, the Bayeux Tapestry is not a tapestry, it is a very, very large embroidery.  Considering its age, (nearly 1,000 years) it is unbelievable that it has survived and is in good enough condition to be displayed now as it had been over the past centuries. There had always been controversy about who had actually created the embroidery and who were the expert stitchers.  Now, many historians believe that it was commissioned by the Norman contingent but actually designed and stitched by Anglo-Saxon workers between 1066 and early 1080’s.  It can be seen in the Abbey of Bayeux in France. 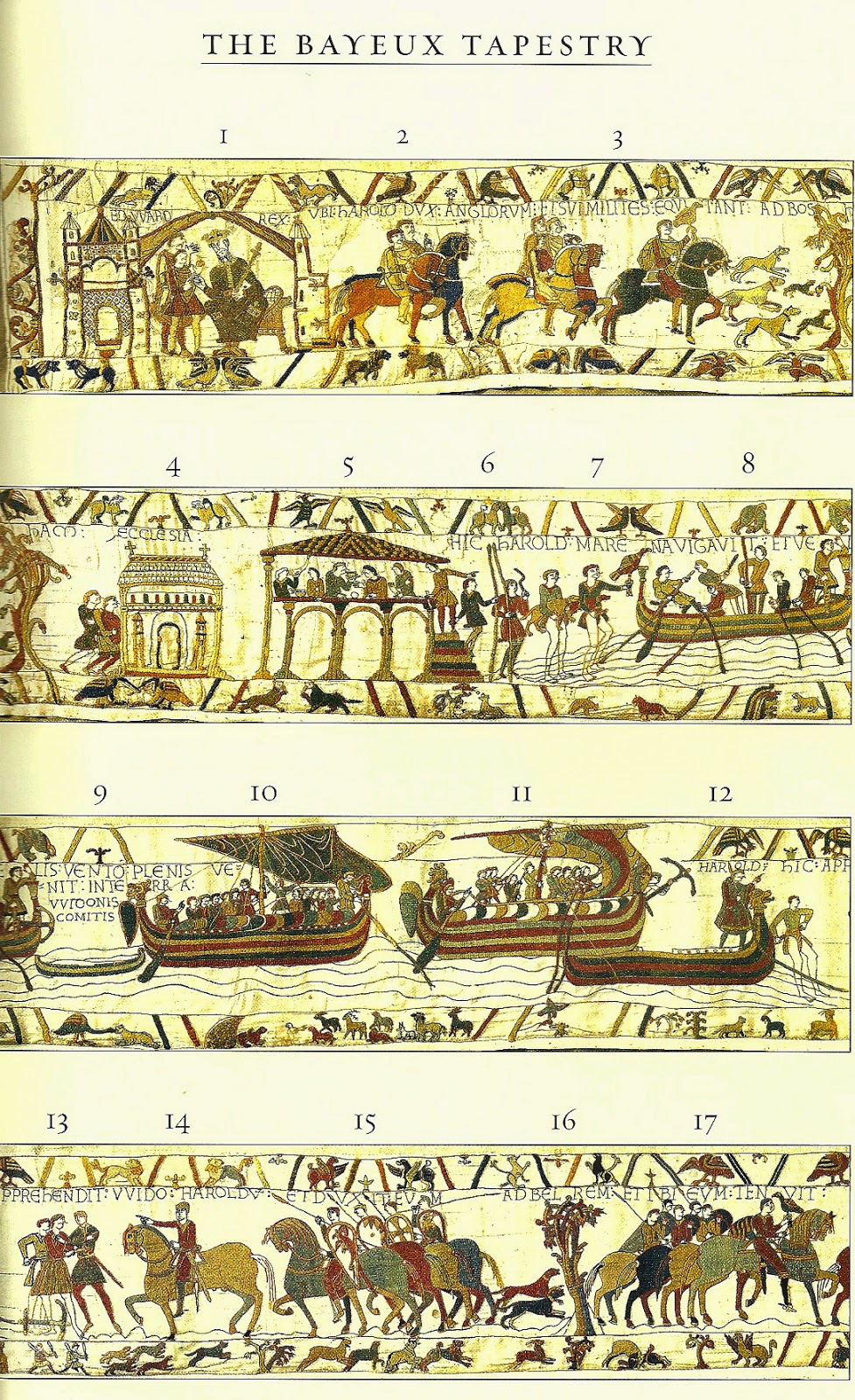 The embroidery details the events leading up to the battle and the battle itself.  The textile is 230 feet long by 20 inches high.   The details tell of life in the Middle Ages and remains an excellent source for costumes and home furnishings of the period.  The first description of the tapestry is found in an inventory for the Bayeux Cathedral (1476).  The Cathedral used it to decorate the nave on special days of celebration.  Scholars began their study of the work in the early 18thC.

Worked on linen ground with eight shades of wool threads in laid and couched work, chain, stem and split stitches.  There are a total of nine sections (the last, estimated to be three to seven feet in length, had been somehow destroyed so there are eight remaining sections) measuring between 14 meters and 2.5 meters.  The main central frieze depicts the scenario of the battle and its history.  There are ships, buildings, animals, including horses and dogs and 626 human figures, of which only 5 are female. Above and below are borders containing mythological and real creatures, astrological symbols and ancient folklore. There is also Latin commentary running along the top of the main frieze, presumably to add description of the scenes.  Much of our current knowledge of this work was gained in analysis and some restoration done in 1982-1983.

One story about the history of The Bayeux Tapestry concerns the interest of Hitler during WWII.  The Nazis had acquired works of art throughout Europe and Hitler had sent several groups of experts to study the tapestry but, for some reason, had made no move to remove it from France.  Then, one day a contingent of soldiers and scholars appeared to take it from the Louvre, where it was stored.  As they were approaching the museum the allies liberated Paris and the textile was spared.

So thanks to William the Conqueror…Battle of Hastings…1066 a remarkable piece of textile art and history remains.
Posted by Margy Norrish at 3:37 PM