Get Out The Vote 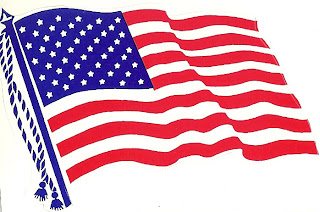 Since 1845 Election Day has been set as the first Tuesday after the first Monday in November.  This is the general election for federal offices, many states hold state and local elections on different dates.

In 1790 when the constitution was written only white male adults who were property owners were allowed to vote, although this was a very small percent of the population.
Beginning in the early 1800’s states began to drop the property ownership requirement and by 1850 nearly all adult white males could vote.

In 1870 the XV amendment was passed giving former slaves the right to vote, protecting the voting rights of every male adult.  “The right of citizens of the Untied States to vote shall not be denied or abridged by the United States or by any state on account of race, color, or previous servitude.”

In 1920 the XIX amendment granted women to right to vote.  “The right of citizens of the United States to vote shall not be denied or abridged by the United States or by any state on account of sex.”  There is a very interesting article written by Jason Shaprio in El Palacio magazine (Fall 2012) which states that while New Mexico became a state in 1912 New Mexican women were not granted the vote until 1920.  Surprisingly, NM was the last western state to grant women’s suffrage.  According to Shapiro, “the states of Wyoming, Colorado, Utah, Idaho, Washington, California, Kansas, Oregon, Nevada and Oklahoma all granted women the right to vote prior to the passing of the 19th amendment.

In 1924 the Indian Citizenship Act granted all native Americans the rights of citizenship, including the right to vote in federal elections. 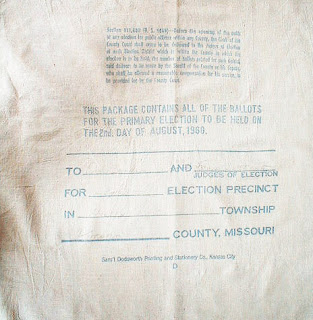 This textile bag was used to store paper ballots in a 1960 election.


In 1961 the XXIII amendment allowed voters in the District of Columbia to vote in presidential elections.

Textiles have been an expression of political thought since the beginning of political influence.  The recent biennial symposium of the Textile Society of America was entitled “Textiles and Politics” (See my blog , Sept. 28, 2012)   Not, I suppose, that early cave men wore campaign buttons but certainly when the ancient civilizations were formed there were visible forms of support for the government, but probably not visible forms of opposition.  In the modern political arena there are many “political” textiles, including banners, flags, quilts and bandannas.  Just because women weren’t able to vote, didn’t mean they were not interested in the political situation of the time and many examples of such quilt textiles with names such as Whigs’ Rose or Garfield’s Monument, many named after first Ladies. 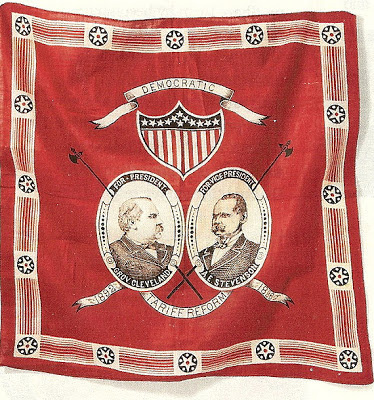 This political campaign bandanna from the 1892 election features the images of the Democratic candidates Grover Cleveland and Adlai E. Stevenson

It is not uncommon for foreign countries to produce textile art in support of US political figures. 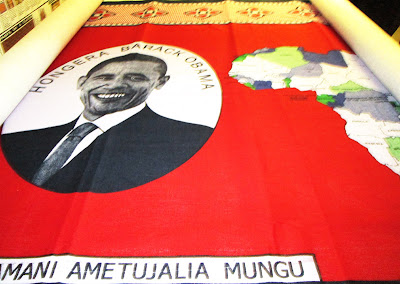 This is not an endorsement!  I found this textile in the collection of the National Museum of Natural History Support Center. (See my blog, Oct. 4, 2012)  It was a gift from the People of Kenya. 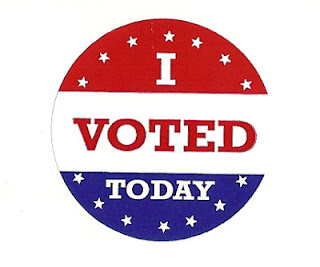 Regardless of your affiliations, please exercise your right to vote.
Posted by Margy Norrish at 1:26 PM