I have always loved maps.  Not the fold-ups found in gas stations (I have never met one I could actually refold after using it).  I love old maps, antiques maps found in reference atlases in university libraries.  These tell stories of adventure and the perils of travel and exploration.  The cartographers were often more wrong than correct in their depictions of the world, but that didn’t dissuade them from publishing sought after charts and maps filled with strange names and sketches of native plants and animals ( all products of the imagination) and fantastic creatures living in the sea. 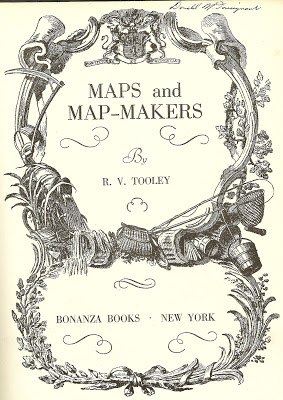 This is a great book, first published in 1949, featuring pages and pages of old map illustrations.

One can find needlework maps and globes which were produced from the late 1700’s onwards by schoolgirls showing their proficiency at sampler work and their lessons in geography. These samplers were worked both in Europe and America.  In England they were worked in linen, silk or cotton satin grounds.  Frequently lines of latitude and longitude or compass points were included. 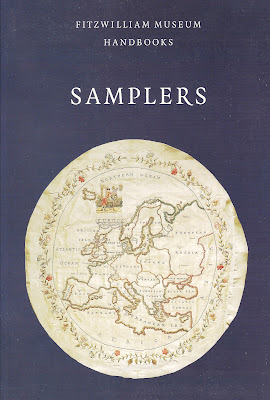 American students produced maps, not only of the world and North America, but also of their state and sometimes, even their county. Occasionally, the students used printed silk ground and embroidered over the outlines, frequently leaving the fine details such as lettering to be traced over with ink. 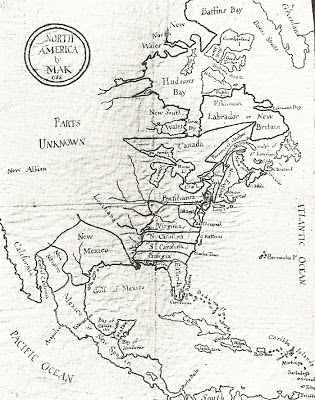 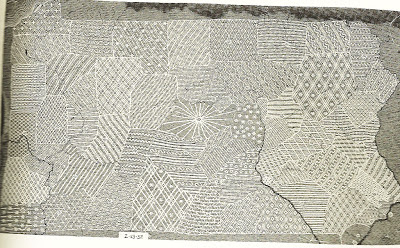 Often these school samplers were quite crude with latitude and longitude lines merely couched and little actual embroidery beyond the satin stitch.  There are others which were rendered with elaborate stitchery, often featuring those mythical strange creatures found on paper printed maps.  Some globe samplers often included special stands made for display.

One source of these geographical schoolgirl samplers is regional historic societies, especially in New England, New York and Pennsylvania.

Posted by Margy Norrish at 1:54 PM